Sharon stood alone at the far end of the locker room, not taking part in the horse play that was taking place not more than forty feet away, while almost shyly she shed her sweaty gym clothes, wrapped herself in a towel and slipped off to the communal shower. As usual, she had waited until everyone had already showered and were in the process of dressing before making her move. As the hot jets of water coursed over her body, she was unaware that another girl had taken a spot next to her and began taking her own shower. When Sharon turned around to rinse her back, she was surprised to find a slightly built blonde right beside her! Quickly shutting off the water, Sharon grabbed her towel, and headed back to her locker to get dressed. A few seconds later, the blonde exited the shower and started drying off as she walked over and sat down on the bench in front of her locker. By now, Sharon and the blonde were the only two people left in the locker room, and the blonde looked over at Sharon and said, "I hate showering with all those other girls watching, don't you?!?" Not expecting any conversation, Sharon mumbled, "Uh, yeah, me too," and then looked away and continued dressing! Much to Sharon's consternation, the blonde picked up her towel and sauntered over to Sharon and extended her hand and said, "I'm Lynn James, nice to meet you!!!" Sharon automatically stuck out her hand and replied, "I'm Sharon, Sharon Ruskin, glad to meet you too!" It was a little disconcerting, but Lynn was still drying off, and had not one stitch of clothing on, and Sharon did her best not to stare! "We're a lot alike, you and me," Lynn stated a matter of factly. Sharon cocked and head to the side and asked, "How do you figure that!?!" "Well," Lynn replied softly, "I can tell that you're embarrassed to be seen with out your clothes, and that you're not real happy with your body!" The crimson rose from Sharon's neck to her cheeks, and she stammered, "Really, you don't know anything about me, and if we're so much alike, why are you standing there naked as a jay bird!?!" Lynn dropped her towel away from her front, exposing her lean frame to Sharon's gaze and replied in a quiet voice, "Because I know you want to look at me!" "Oh," Sharon huffed, "you're crazy!!!" "Am I," asked Lynn, "look at me, Sharon, you want to look at me, touch me, see what it's like to feel another person's warm skin!!!" Sharon's eyes were locked on Sharon's vagina, and much to her dismay, she knew that everything Lynn had just said was exactly true!!! The next thing that occurred stunned Sharon, but she seemed powerless to prevent it! "Look, Sharon," Lynn said, as she began unbuttoning the frightened girl's blouse, "I'm to skinny, and you're on the heavy side, but we both have feelings that we can't suppress any longer!!!" "W-what are you doing," Sharon stammered, as Lynn tugged her now unbuttoned blouse out of her skirt?!?" "I want to see your breasts, and suck them," Lynn whispered, as she ran her hands over Sharon's 40D bra!!! "Y-y-you can't do that," Sharon whined, "what if somebody sees us!?!" "They won't, everybody's gone, were all alone," Lynn replied, as she kneaded the chubby girl's huge chest! "Don't," Sharon admonished, "I don't want you doing that!!!" Ignoring Sharon's admonition, she replied, "If you don't let me suck your nipples, I won't let you suck my vagina!!!" "What makes you think I want to," a shaken Sharon gasped!?! "I just know," Lynn retorted, "here, feel it, it's all wet for you," as she took Sharon's hand and stuck it between her legs!!! "See how nice and warm it feels," asked Lynn, while continuing to paw at Sharon's chest!!!

When Sharon didn't pull her hand away from her vagina, Lynn sensed she had her and ordered, "Turn around so I can unhook your bra!!!" Seconds later, Sharon's bra slid from her shoulders which allowed her fat breasts to spill free into Lynn's warm hands!!! "Has anyone ever sucked on them," Lynn whispered, as she buried her face between the two giant melons!!! "No," Sharon panted, as her sexual heat was turned up higher!!! "Well," Lynn mumbled, "now you're gonna get to," as her mouth searched out one of Sharon's large nipples!!! "Oh, my," Sharon moaned, "I had no idea," as she shove her chest forward into Lynn's warm mouth!!! It was completely quiet, and the only thing you could hear were the sucking and slurping sounds of Lynn's mouth and tongue on Sharon's nipples!!! The sensation was incredible, and all of Sharon's sexuality seemed to be concentrated directly in the tips of her distended nipples!!! Lynn pulled away for a second and asked, "Will you promise me that I can suck on them everyday?!?" "Oh, yes," Sharon stammered, "you can have them whenever you want them!!!" Lynn looked coyly into Sharon's eyes and asked, "Since I did something for you, would you do something for me?!?" "Anything," Sharon moaned, "anything!!!"

Lynn sat down on the bench, spread her legs wide apart, and said, "Okay, hon, get down and make me feel good, too," while reaching down and spreading her vaginal lips apart with her left hand!!! Gingerly, Sharon lowered her hefty body between Lynn's open thighs and stared at the only thing fat on Lynn's body, her plump little pussy!!! "Just kiss it first," Lynn begged, "all around the labia, nice little sweet kisses!!!" Hesitatingly, the nineteen leaned her head forward until her mouth was only and inch away from Lynn's dripping pussy! Lynn could feel Sharon's hot breath wafting over her organ, and as she arched her back, her pussy lifted up an inch or two, which allowed it to come into contact with Sharon's lips!!! "Oh, oh," Lynn groaned, "that feels so good, do it again, please do it again!!!" Sharon was surprised that just the mere brushing of her lips over Lynn's pussy would cause that type of reaction, so she dropped her mouth hard onto the drooling crack and snaked her tongue into the juicy crevice!!!" "Oh, my, god," Lynn panted, "suck it harder, oh yes, just like that, do it harder, oh my, it feels so gooooood!!!" Sharon had experimented with her own vagina, so she instinctively knew that Lynn wanted her clit licked, so while the thin blonde begged for more, Sharon's tongue bored in on the erect little nub at the top of the wet slit!!!

For not having a whole lot of experience, Sharon was doing more than an admirable job taking care of Lynn's very aroused pussy, but as she approached her climax, Sharon pulled her mouth away and replaced it with one her large erect nipples!!! "Sweet jesus," Lynn moaned, "who showed you that trick, it feels fantastic!!! "I don't know," Sharon panted, "it just came to me, I guess I have a talent for satisfying women!!!" The scene was something out of a porn movie, with two sweet high school seniors, having down and dirty lesbian sex in the locker room!!! Sharon continued dragging her nipple back and forth over Lynn's clit until all at once, the blonde arched as her body was wracked by a numbing orgasm!!! Sharon slid around to Lynn's head and quickly fed her juice covered nipple to her new sex toy!!! "Mmmmmmm," Lynn mumbled into Sharon's heavy bosom, "that was the nicest climax I've ever had, do you want to cum, hon?!?""Uh," Sharon said hesitatingly, "I've never had one before!!!" Lynn fairly sprang to her feet and exclaimed excitedly, "Quick, get off your panties and let me do you, too!!!" "I don't know," Sharon said doubtfully, "do you think I should?!?" "Hurry up," Lynn said in and exasperated voice, "you're already hot, so don't blow it now!!!" 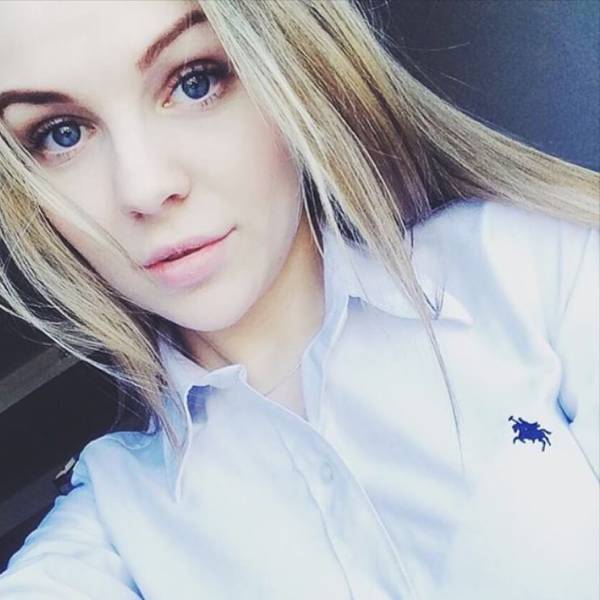 "Wow," Lynn said, "you have a very hairy pussy, don't you?!?" And embarrassed Sharon tried to close her legs, but Lynn stopped her and said, "Don't be ashamed, dear, I love it!!!" Seconds later Sharon was experiencing the most incredible sensation she had ever felt in her life, as Lynn's insistent tongue caressed and flicked over her engorged clitoris!!!https://telegra.ph/What-a-honeymoon-12-08 "Ohhhhhhh, my finger never felt like this," Sharon moaned, while taking her breasts into her hands and twisting her nipples hard!!! Between licks on Sharon's cunt, Lynn babbled, "I just love sucking on hair pie, and yours is the hairiest!!!" "Ohhhhhhhhhhhhh," Sharon screamed, and Lynn knew that her new lover was having the first orgasm of her life thanks her slithering tongue!!!

"Wow, Sharon sighed, "I never thought it would be that good, and to tell you the truth, I never figured that anyone would ever want me!!!" Lynn cuddled up into Sharon's chest and replied, "We do look like Mutt and Jeff, don't we, but that doesn't mean our pussies don't work!!!

Whatever your marketplace is, you will find a pretty good chance that your particular target market utilizes social netw

Having a profitable online business can be challenging. It could be hard to bring in folks who want to buy your services

Social media marketing sites enable global communication that is certainly innovative, fun, and quick. If you wish to ut