Back in 1990, the American researcher Daniel Radman published an article that interested everyone who wanted to prolong their youth. According to his assurances, he managed to break the "Hayflick limit." Men between the ages of 61 and 81 "biologically" younger by about 20 years thanks to injections of human growth hormone, which Dr. Radman gave them regularly for six months. More than once later, it was rumored that Hollywood stars and influential politicians were using such injections to continue to shine on screens.

In addition, other studies have been conducted to determine whether it is safe to use growth hormone to restore tissues of the thymus gland in which immune T cells mature, differentiate and "learn". 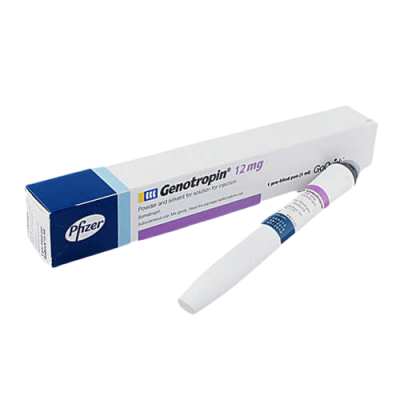 After the beginning of puberty, the thymus gland atrophies and grows fat, and as a person ages, it shrinks. This is partly responsible for the decrease in immunity in older people. Scientists have found out that with the help of growth hormone it is possible to start regeneration of the thymus gland.

So what is human growth hormone?

Hormones can be divided into youth hormones - somatotropin, testosterone, and hormones accompanying the aging process - cortisol, insulin. But the same hormone can play a different role, depending on whether it is in a woman's or a man's body, and in what quantity it is there. But to summarize in simple terms, we try to increase the amount of the former and decrease the latter.

The most "juvenile" of all is somatotropin, also called human growth hormone (GH).

It is a peptide hormone that stimulates the growth of almost all body tissues, including bones, burns fat, regulates the amount of water in the body and slows down the aging process.

GH is synthesized and secreted by cells in the anterior pituitary gland, called somatotrophs, which secrete one to two milligrams of the hormone each day.

GH is vital for the normal physical growth of children. Its level in the body gradually increases during childhood and reaches a peak during puberty.

Biochemically, GH stimulates protein synthesis and increases the breakdown of fat, providing the energy needed for tissue growth. It also opposes the action of insulin.

GH secretion by the pituitary gland occurs in spikes. Its levels rise after exercise, injury, and sleep. Under normal conditions more growth hormone is produced at night than during the day. It is especially well produced after 10:00 p.m., during sleep. So the first rule of staying young is to go to bed early. Depending on your lifestyle, growth hormone will either be actively decreased or maintained at fairly high levels. 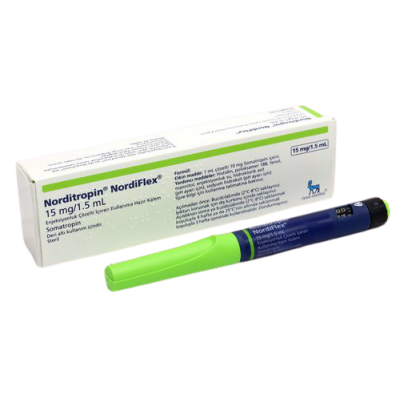 Melatonin, a pineal hormone, affects the formation of various hormones, including somatotropin. In particular, it is responsible for the circadian rhythm. If the latter is disrupted, the quality of sleep and general well-being deteriorates. In the presence of a sufficient amount of melatonin, these violations are much easier to endure.

After the age of 40, melatonin production in the human body decreases, so the activity of all the other hormones also decreases. A melatonin substitute injected into the body could improve well-being and increase physical activity, even have a rejuvenating effect. But unfortunately, there is no other evidence for the positive effects of substitutes other than improved sleep.

The benefits of human growth hormone

As we said, it helps to grow muscle and burn fat. It also makes you look young and feel energetic. It promotes protein formation, increases basic metabolism, regulates the amount of water in the body, slows the aging process and thickens bones. Fights atherosclerosis by lowering LDL cholesterol and raising HDL cholesterol. Improves cognitive functions, affects an increase in the number of connections between neurons in the brain, making a person feel more focused and productive, calming the nervous system.

When these functions cease, the exact opposite happens - and here we have the classic age-related changes.

How do you check your vitals?

Take the following tests in the lab:

What will increase the amount of growth hormone naturally?

The start of the anti-aging program begins with a diet. Correction of insulin peaks in blood, refusal of sweets, unhealthy fast carbohydrates. Nutritional correction of insulin levels will already lead to improved well-being and added strength. It will also save most people from insulin resistance and hyperinsulinemia. Eliminating foods containing casein and dairy sugar from your diet will reduce chronic inflammation and allergies, avoiding foods with gluten will help unload the body and improve bowel function.

Everything in our body is interconnected. GH deficiency leads to impaired deep sleep. As a result, we stay in ineffective shallow stages of sleep most of the night and do not get enough energy recovery, which leads to exhaustion and the accumulation of chronic fatigue.

The main enemy of reduced growth hormone levels is a late dinner. Eating 2-3 hours before bedtime and drinking alcohol and caffeine significantly decrease the production of this hormone. Dr. Thierry Hertog, who directs the European anti-aging school, says that even one cup of coffee a day lowers GH.

Insulin blocks somatotropin production. That is, if you ate a food containing carbohydrates in the evening and thereby increased insulin levels, somatotropin will not be produced. So for dinner, choose foods containing light protein (fish/seafood/eggs), vegetable fats (avocados, nuts, oils, olives) and vegetables, preferably heat-processed ones.

In addition to dietary compliance, certain orthomolecular drugs may need to be taken to support growth hormone production. Glutamine, ornithine, GABA, and glycine stimulate the pituitary gland to produce reserve GH. And taking arginine and melatonin in the evening will help normalize sleep. But remember, orthomolecular medicine should be prescribed by a qualified specialist to determine the appropriate dose and timely adjustment of the regimen. The same arginine, for example, should not be taken in excessive doses for a long time.

If you have decided to use hormonal therapy, choose your endocrinologist carefully. In anti-aging it is very important to use bioidentical hormones, not just synthetic ones. This use must be reasonable and individualized. And only on an examined and prepared body.

Immediately about the side effects. Using GH for rejuvenation is effective, but it can also be dangerous. GH stimulates cell growth and division. Which can subsequently activate the division of cancer cells in the body. Therefore, you should fully test your body, especially for the risk of cancer.

Other side effects include diabetes, as well as body fluid retention, cardiovascular disease and hypertension.

In any case, it is clear that the relationship between somatotropin production and longevity is much more complex than it first appears. Even if having somatotropin helps you look better (promotes weight loss and stimulates muscle growth), it doesn't mean that it will extend your life. It could very well be that you can get a good look in exchange for longevity.

Aging and cell division are inseparable processes, and what stimulates growth can also lead to aging.

So, so you don't have to make tough choices about taking hormones, it's better to keep your hormonal system in check with a sensible diet, proper lifestyle, sleep and physical activity.